My 2016 Best Reads on Marketing, Innovation and Lean Startup

It’s the end of the year already. It went by incredibly fast. This is the time to look back and identify what needs to be fixed. It’s also the time to be grateful for all that we were able to achieve.

One of the things I am always very grateful for is the knowledge I gain during the year. Important sources for the knowledge I pick up are the books and articles I read.

I have to admit that I didn’t have as much time to read this year as I got involved in many (maybe too many) projects. I did however manage to read some very good books on marketing, innovation and Lean Startup.

As I did last year, I am sharing with you some of the ones I especially liked.

I didn’t keep up with all that is new in marketing this year. It’s nearly impossible to do so. I tuned in to a few webinars that helped me focus my readings.

Again this year, I found that my most interesting marketing reads came from blog posts on mainly two sites; eMarketer and HubSpot

Speaking of HubSpot it is one of the case study in Sean Ellis’s book; Growth Engines: Case Studies of How today’s Most Successful Startups Unlock Extraordinary Growth.

Through ten case studies, including Yelp, Uber, LinkedIn and HubSpot, Ellis explains the different types of growth engines and the contexts in which they worked best for those companies.

Although I read Growth Engines to better understand a concept that is integral to Lean Startup, this book offers some very valuable marketing lessons. It also touches on growth hacking, a term coined by Ellis. It inspired me to write a post on what growth hacking is and isn’t.

Another book that I thoroughly enjoyed was UX Strategy by Jamie Levy. Having been a Product Manager at a time where UX was but one part of the job description, it was great to delve into the depths of UX strategy.

Whether you are starting a new venture to create the killer app, or trying to innovate in an existing small, medium or large business, this book is a must read before you start. It can help you define a winning value proposition. It also guides yourr competitive analysis and helps you see which features you need to focus on.

The book is an easy read and doesn’t require any prior knowledge on UX design or app development.

I was invited to a university workshop on blockchain earlier this year. Given I knew nothing on the topic I figured that it would be a great opportunity to learn. Montreal, where Baker Marketing is located, is a hotbed for blockchain research and development. The workshop did teach me the basics of blockchain but left me wanting to know more (a lot more, this is exciting stuff and definitely a game changer) about how this new technology could be used.

One of the researcher at the workshop suggested Blockchain Revolution: How the Technology behind Bitcoin is Changing Money, Business and the World, by Don and Alex Tapscott. It was exactly what this non scientific reader needed. The Tapscotts explain the concept in very simple terms. They also explore a large number of applications for blockchain. They clearly show how significant a game changer this technology could be.

Intrapreneurship is however not the same as entrepreneurship. These differences are the focus of Hervé’s book Winning at Intrapreneurship: 12 Labors to Overcome Corporate Culture and Achieve Startup Success.

Based on the 12 labors of Hercules, Winning at Intrapreneurship looks at the traps, pitfalls and myths of innovating in large businesses. Hervé saw them all in his career as an intrapreneur. He shares with us some tricks of the trade on how to avoid and debunk them. You can read more on this topic on the post I wrote titled Entrepreneurs as Corporate Innovators.

First, Eric innovated in the way he published the book. He financed the book with a Kickstarter campaign. The backers were invited to join the Leader’s Guide community (managed by Mightybell). He used the community to test hypotheses about the content and cover of his book. Yep, he did it the Lean Startup way.

Unfortunately however, Eric only printed as many books as there were backers who pledged the sufficient amount. It isn’t available anywhere for purchase now that the Kickstarter campaign is over. You can however get a free digital copy if you know someone who invested in the campaign.

The Leader’s Guide is based on Eric’s experience (as well as that of some backers) on implementing Lean Startup in large corporations, like GE, and government organisations (like the White House).

I especially like the format of the book. Symbols are used in the margins throughout the chapters in order to quickly understand what the text pertains to. The coach’s Guide sections, for example, are about tips and subtleties in implementing the concepts.

It’s truly a guide that you will go to when implementing a Lean Startup approach to a large organisation.

Eric also announced that he will be publishing a third book next year. It’s tentative title is The Startup Way.

We were lucky to have another great Lean Startup practitioner write his second book this year.  Ash Maurya penned Scaling Lean: Mastering the Key Metrics for Startup Growth.

As a follow up to his first book, Running Lean, Ash is now looking at how to use metrics to scale your business once you have found the elusive product/market fit.

His rigorous approach to using key metrics to track your progress and focus your efforts has shown great results in many successful startups.

Finally, I want to mention a website whose author consistently publishes great Lean Startup material. Tristan Kromer’s Grasshopper Herder is chalk full of Lean Startup ideas, tools and resources. Tristan was until recently one of the organisers of the San Francisco Lean Startup Circle.

If you are starting a new project and interested in putting Lean Startup into practice take a look at the series of posts on implementing Lean Startup. It is meant to guide you along your journey when you first start your project.

This concludes this year’s crop of my best reads on marketing, innovation and Lean Startup. Maybe some of them will become your favorites.

Thank you for taking the time to read Techno Marketing this year. I hope you take some time off during the holidays to rest and replenish, as we will.

Baker Marketing offers you its best wishes for the holidays. May 2017 be filled with health, serenity and lots of successful projects. 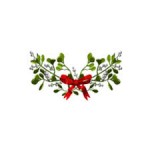 My best business reads for 2015 on marketing, innovation and lean startup

My best marketing reads of 2014